Introducing our new Vocal Band experiences at Globalsound this fall. 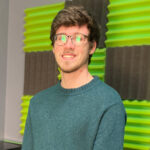 Nick Froelich is an accomplished vocal director, arranger and recording artist. As music director and arranger for the University of Michigan’s premier all male a cappella group, the G-men, he lad the group to ICCA finals. He is excited to bring his experience to Rock Choir Colorado’s amazing singers! 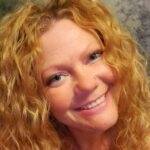 Becca Hirsch is a pianist, accompanist, choral director, and woodwind player and has been directing for Rock Choir Colorado for several years. She comes from a family of piano players, conductors, opera singers, jazz players, and symphony musicians. Becca graduated from Hastings College with degrees in Music Performance and Psychology. She also earned a Master’s in Special Education from Metropolitan State University of Denver. Courses taught include Music Theory, Ear Training and Sight-Singing, Music Appreciation, Music History, private lessons, and choirs. She has extensive experience teaching private lessons on saxophone, clarinet, flute, oboe, piano, and voice.

Cody Qualls, award winning/itunes-charting global touring artist (formerly of Face Vocal Band) will be our resident master class presenter and vocal coach to the group. Cody will be teaching a master class for all Rock Choir and Vocal Band Singers on Saturday, 10/15 from 2:30-4:00pm.  He will be periodically making appearances during the term to help warm up and give feedback!

Cody Qualls is a global touring artist and has been creating, teaching and performing music since 2000. He has studied with countless vocal experts (classical, pop/rock and somatic techniques) since age eleven.  with numerous household name celebrities and artists. He is the creator of Rock Choir Colorado programs and the front man for his solo act, “Cody Qualls & the Brand New Ancients” who headlined the 9/11 Memorial Stair Climb at Red Rocks in 2022.

As a charting and multi-award winning artist, Qualls was named Colorado Male Rock Vocalist of the Year (2016) by the Denver Rock Awards, and Male Vocalist of the Year by the International A cappella Awards (2019). In 2020 Qualls’ dream of charting his music became a reality when his song “Best Daddy” reached #11 on the itunes charts in Australia after being played millions of times on international television stations. Additionally, his original track “Focus On Your Rap Game” received 1st place in the Great American Songwriting Contest and his songs such as “Big Time,” “Back and Forth,”  and “How Was the Show Last Night,” have become beloved by thousands of fans.

His most treasured accomplishments are his four incredible children and the marriage to his wife, Marlana.

No experience needed to join the fun! It’s never been easier to sing in a welcoming community!

Want to sing your favorite rock and pop music and perform for fantastic crowds? Looking for a musical outlet that lets you ROCK but doesn’t take away from the other passions of life. Then ROCK CHOIR is for YOU! Rock Choir Colorado is more than a singing group. RCC is a group of people of all levels of musical experience who gather weekly to create community and connection through voice and song. Join us this fall as we perform hits from Queen, Imagine Dragons, Elton John/Britney Spears, as well as original music from local Colorado artists.

Designed to be an amazing and creative fall vocal experience, even for those with packed schedules.

Adults 16 years and up

*Due to the expenses and energies incurred for every member of the vocal programming at Globalsound Studio, refunds can only be issued up to 48 hours after the first rehearsal. No exceptions. Thank you.