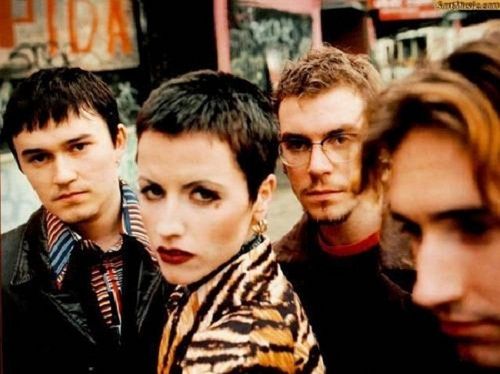 The Emerald Isle has no shortage of great musicians and music traditions. With St Patrick’s Day just around the corner, we’re celebrating by compiling a list of tunes by Irish musicians that our students frequently request to learn. Read below to see what songs you can ‘Erin go Rock’ to on March 17th!

Probably the most famous export out of Ireland besides Guinness. Formed in Dublin in 1976, U2 is one of the most successful rock bands ever, holding records for the highest grossing tour in history and highest number of Grammys awarded to a band. ‘Sunday Bloody Sunday’, the first track on the album War, is an emotional retelling the violence faced by civil right protestors in Derry during 1972.

Hozier “Take Me to Church”

You may not have known that Andrew Hozier-Byrne hails from County Wicklow on the eastern border of the Emerald Isle. But you’ve almost certainly heard his smash hit “Take Me to Church”. This slow-burning soul-inflected indie tune has been a frequent request from our students since its release in 2013. With a new album just released in March, we’re sure to be teaching more Hozier to our students in the near future.

Formed in Limerick in 1989, The Cranberries achieved international acclaim in 90’s with alt-rock hits like “Dreams” and “Linger”. “Zombie”, however, is the song with the most staying power. Our students frequently request it and one Seven-Week Session band recently performed it for their concert. It’s easy to see why – this plea against war and violence sounds just as aggressive and emotional as it when it was first released.

While only one half of The Swell Season hails from Ireland, Glen Hansard’s collective career spanning from the Irish indie rock group The Frames to his recent solo efforts cement this duo’s ties to the Emerald Isle. “Falling Slowly” is a gorgeous acoustic ballad that has remained memorable since being featured in the 2007 movie Once. Set in Dublin, the film received many accolades and “Falling Slowly” won an Oscar for best original song.

The Script “Hall of Fame”

Hailing from Dublin, The Script has dominated charts in both Ireland and the UK for singles like “The Man Who Can’t be Moved” and “For the First Time”. The single “Hall of Fame”, featuring will.i.am from The Black Eyed Peas, is an inspiring message about following your dreams. The dynamic and technically challenging piano solo has been a favorite during student showcases.